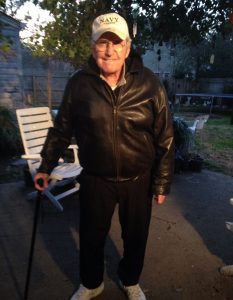 Since publishing this book in 2011, I witnessed the passing of my beloved father, Harvey Carter Lane, Jr. on September 11, 2015. I have added this memoriam because of the understanding it adds to Jesus’s New Beatitude, be eternal, and its real life experience of death and life after death.

My Father passed of kidney failure due to cancer and diabetes. He left behind a great legacy of love and forgiveness which we can all aspire to, and he is forever remembered as our beloved “Daddy-Bear.”

During Dad’s illness he suffered through the complete loss of his mobility, several strokes, renal failure, and a coma. He was finally moved to hospice where he lived for eleven excruciating days.

During his 42 hour coma he amazingly experienced a Near Death Experience and lived to tell about it. With difficult and limited speech he spoke of traveling towards the light and arriving in Heaven to see Jesus, “who was a saint.” He also saw his mother, father, dear sister Lillian, favorite Uncle Calvin, many angels, and our departed pets. He spoke of seeing my mother, Marion Lane, and “how she loved us all with a never ending love.”

I videotaped Dad’s NDE narrative as he lay in ICU at Sentara Virginia Beach General Hospital, and his final, short videos are posted here. They are titled, Be Eternal, Dad’s NDE, and they are his final gift to me. It is a validation of The New Beatitudes from Jesus Christ and my role as his messenger. It is also verification of The New Beatitude, be eternal, and the continuation of life after death. Dad shifted as he understood the eternal nature of the soul, and accepted his passing as a healing and release from fatal disease.

Dad was a changed man after his NDE, being peaceful, calm, and acquiescent. He no longer feared death but understood it as a continued journey for his spirit and soul. He was excited about the great life he had lived, and the work he was to perform in the afterlife, which was ministering to young fathers and inspiring them to deeply love their children. He was happy to be released from his physical body that no longer served him, and now enjoys running along the beaches of the Chesapeake Bay in Spirit form. He also likes moving quickly and flying wherever and to whomever he thinks about easily!

Being employed in his youth with the Navy as an airplane mechanic and later as a supervisory specialist with the Blue Angels, he is literally in seventh heaven! He has visited me several times through divine guidance and is quite a chatterbox. He knows what is going on here on earth and in my life, what is going to happen in the future, and has access to all knowledge, answering any question I ask. Dad was not a religious man but became interested in spirituality after living with me for almost five years before his passing. After his NDE he said that my awareness of spiritual principles is accurate and he supports my ministry more enthusiastically than ever.

I honor and thank Dad for his final gift and loving intention to share his experience with those who might fear death, because we all eventually pass from this earthly plane. Dad realized that we reunite in Oneness with All; how you label All is an individual preference, but Dad and I address All as God, Jesus, the Holy Spirit, the Blessed Mother, and All Divine Spirit. He said death is nothing to fear but the natural progression of our souls. He also said that Heaven is beautiful beyond belief, the reward for living life, and the gift for fulfilling our sacred contracts. Dad was solemn yet peaceful about returning to Heaven. He was sad to leave his family, but assured us that we would all be fine and eventually reunite there together. Until then he guaranteed us that he would stay in touch in the numerous ways Spirit communicates within the many dimensions, and he has.

Always being gratitude for Dad’s love, life, the final gift of his NDE, his peaceful passage to eternity, and continued presence, I profess my devoted love for him and all divine Spirit. I appreciate God and Jesus’ support and everlasting love for us all, the joy of life, and the continued life of our soul’s expansion into eternity. Certainly, we will all rest, be joy, be peace, be eternal, run, fly, express, and continue to experience life with a new perspective in due time and for all time, until it is our time to pass from this life into the forevermore.

I hope you find comfort in Dad’s NDE and the profound Truth of The New Beatitudes, and I thank you for your interest, spiritual advancement, and awareness now. May God bless us all, so be it, and Amen.

Always being love and being gratitude,
Keith Davis

Blessed are you to be eternal spirit as God is. Your spirit is divine, immortal, and unchanging so it does not die.

Spirituality for The Common Man 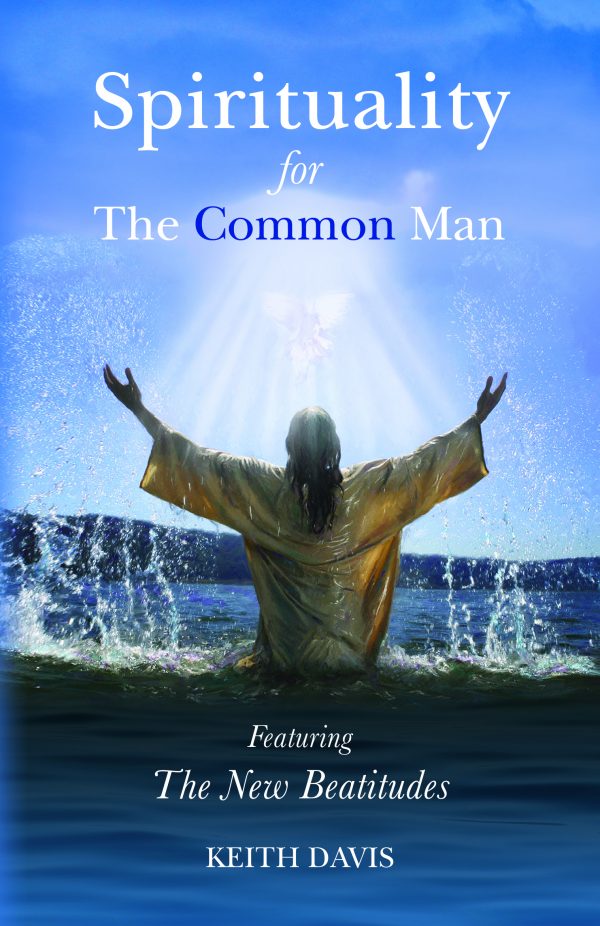 Latest from the Blog

More From Our Affiliates